b)  No person shall carry, have in their possession, or transport in or upon any vehicle, within the limits of the restricted areas set forth in subsection (a) of this Section, any firearm or weapon described in subsection (a) hereof, which has in its firing chamber, magazine, or loading device, live ammunition or other explosive material, or compressed air or gas, except as provided hereunder.***Although this is on our books, we no longer enforce “b”.***

The Selectmen may, upon due application, in writing, and upon showing that all reasonable precautions have been taken for the protection of the public safety, authorize the discharge of a firearm or firearms within the limits of the restricted areas at properly constructed firing ranges or in the conduct of a contest, shoot, meet, or game, provided that such range, contest, shoot, meet, or game be conducted under the direct supervision of a Constable or other officer of the Town of Wallingford, authorized by the Selectmen.

a)  The provisions of §3101 of this Revision shall not apply to the discharge of a firearm for purposes of destroying an animal, when such animal can be show by the person discharging the firearm to have constituted an immediate danger to any person or the property of any person, or when the animal is so seriously injured or diseased that its destruction is necessary, provided that no firearm shall be so discharged unless all reasonable precaution has been taken for protection of the public safety.

b)   In all other cases, the Selectmen may, upon due application, in writing, authorize the discharge of a firearm within the restricted areas for the purpose of destroying an animal, provided that the Selectmen are first satisfied by the applicant that the destruction of said animal is authorized by the Laws of this State and that all reasonable precautions have been taken for the protection of the public safety.

The provisions of this Chapter shall not apply to the carrying of firearms or weapons, or the use thereof, by any duly constituted police or enforcement officer, or other duly authorized public official, when such carrying or use is reasonably necessary in the performance of his duties as such officer or official. 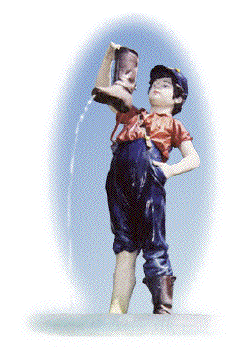